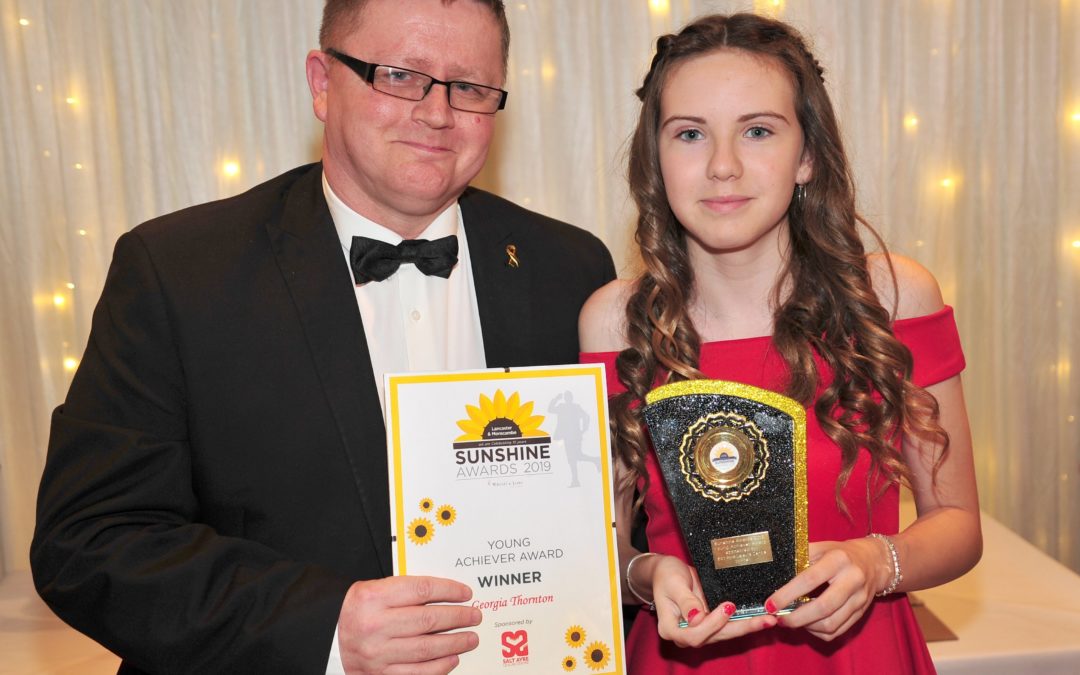 Congratulations to our school’s winners and finalists in the 10th Morecambe and Lancaster Sunshine Awards.

Year 8 pupil Georgia Thornton won the Young Achiever of the Year award, after raising more than £5,000 for the Bradford Burns Unit. The Bradford City fan has achieved this by making ribbons in the football club’s colours and selling them to fans on match days at home games.

Highly commended in the same category was Year 13 pupil Brandon Hunter, who has made leaps and bounds towards his dream dance career after being cast in Sir Matthew Bourne OBE’s new production of Romeo and Juliet. Brandon has also recently won a coveted place at the prestigious Rambert School of Ballet and Contemporary Dance.

No stranger to winning medals, Year 10 pupil Larissa Hannam, who took home gold at the European Under 17 Triathlon Championships in 2018, was triumphant in the Sport category. She also added to her Sunshine Award by topping off the weekend by winning the North West Biathle Hub competition and Great Britain series biathle on Saturday and the South West triathle European qualifier on Sunday.

Another highly commended nomination came in the Unsung Hero category for Year 9 pupil Joss Irving, a volunteer at the ‘Refresh’ group at Cancercare, which supports many in North Lancashire and South Cumbria. She and her peers have been campaigning to change the laws surrounding mental health.

“Congratulations to all our pupils who were recognised in the Lancaster and Morecambe Sunshine Awards. We encourage our students to show excellence, not just in their education but also in their passions outside of school. We are incredibly proud of our finalists.” 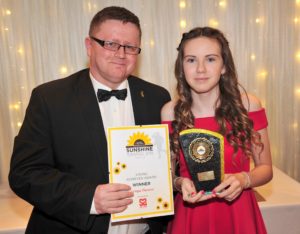 Georgia Thornton receiving her Young Achiever of the Year Award 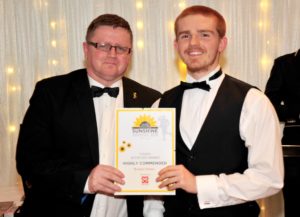 Brandon Hunter was highly commended in the same category 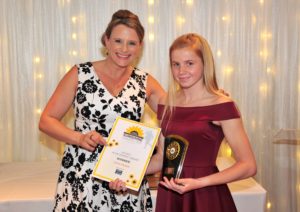 Highly commended in the Unsung Hero category was Joss Irving